Home » Articles » Anxiety articles » How Behavioural Experiments help in the Treatment of Anxiety.

How Behavioural Experiments help in the Treatment of Anxiety. 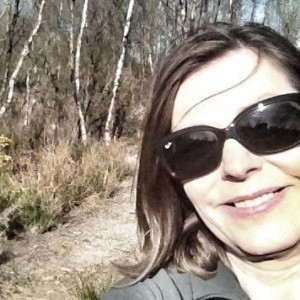 Anxiety can distort your view of both yourself and the world. We all have a lens through which we view the world, which draws from our personal beliefs, assumptions and past-experience. This lens or mental filter means two people can see the same situation differently. If you have anxiety, this mental filter may tell you cannot cope, mark something as dangerous, or tell your body to panic. As a psychologist, I use behavioural experiments for you to uncover and test out your beliefs and assumptions, and see if your lens through which you view the world through is accurate and helpful or harmful and maintaining your anxiety.

What are behavioural experiments?

Behavioural experiments are activities that I will ask you to do, based on my assessment of your anxiety and is part of Cognitive Behavioural Therapy.

How do behavioural experiments work?

Kate is 45 years old has a job interview next week. Her sleep is suffering as she cannot stop worrying at bedtime. She is feeling overwhelmed throughout the day, and no longer goes for her daily walk as she worries she will bump into someone and doesn’t want to talk. Kate is considering cancelling her interview as she does not expect to get the job, as she won’t be able to perform in the interview as she is not as good as the other candidates. She is feeling like a failure as a person.

Feeling like a failure and not good enough are Kate’s belief systems and probably took years to develop. Years of having thoughts that she was not good enough and not noticing the times in her life when she did well at something.

These beliefs will lead Kate to assumptions about herself, such as not being good enough to get the job and that other people (that she does not know) will be better than her. Her beliefs about herself will make her work harder than most people, aiming to be perfect at everything, which eventually puts her under pressure and increases her worry and anxiety.

How will behavioural experiments help with anxiety?

Currently, Kate may not be fully aware of her own beliefs and assumptions that she takes into everything she does. Nor will she question if they are true or not. They bias her mental filter through which she views her world against her. In session, I design behavioural experiments to help her test out if her thoughts on herself and her world are correct.

I am not good enough to get the job. I am worrying myself sick and because of lack of sleep cannot perform on the day.

When I ask Kate how much she believes this, she says 90%

Alternative belief – I am good enough to get the job.

In session, I asked Kate for some examples of times in her life when she was good enough. She found this difficult to answer. I asked her as a 45-year-old woman, has she worked all her adult life and she replied yes. She had interviewed for all those positions and was successful at interview. I explained these were examples of being good enough, and as this stage it does not matter whether she feels good enough, only to be open to the possibility that during her working life, she has been good enough.

Even though Kate did not believe that these behavioural experiments would work, she agreed to look for evidence during the week she was good enough. I explained not to look for perfection and to look at all aspects of her life.

Good enough mother. Kate has two children who are doing well in school. She could acknowledge that she kept them well fed, took them to school and collected them, helped with homework, and technically she was a good enough mother. She believed this 50%, as she still noted she was not perfect!

Good enough in her job. Kate has been in her current job for 10 years, during which time she has been promoted twice. She agreed that this suggested she was good enough at her job.

Kate continued with this behavioural experiment while we worked on her constant worrying and predicting that she would not get the job.

Kate said that she had been a worrier for as long as she could remember and believed that it gave her control. For example, she believed that she needed to worry about her upcoming interview to give her a chance to succeed.

Worrying prevents something bad from happening.

I suggested the following alternative – I cannot control everything and worrying will not change this.

I asked Kate to try relaxation exercises or go for a walk or do (something of her own choosing) when she noticed worrisome thoughts. Initially, she was reluctant to try this until I explained it was an experiment to see if her method was helping or hurting her. Or put more in terms of her experiment; did her worry prevent bad things from happening?

Results. Kate noticed that learning not to engage in worrying helped to her switch off at night and her sleep improved.

How to do your own behavioural experiments to help with your anxiety.

Behavioural experiments to help with worry

In my experience, people get caught up in the content of their worries rather than being able to see it as just ‘worry.’ For example, you might get stuck with the what if this happens?

If you are hoping to reduce worrying, the content of the worry is not important. Your goal is to identify it as a worry activity.

Find your own worry and make it specific. For example, I worry that I cannot cope.

Then identify what you would like to change the statement to. For example, change, I worry that I cannot cope to I can cope with most things.

Your experiment to spend a week looking for evidence to support your new thought. Look for all the ways you could cope with things during the week. Look for minor examples, as in actual life, we are not coping with major life events event single day of life!

It does not matter if you believe what you are doing at the start, as you are attempting to change deeply help beliefs that you may have had for years, but with practice, and gaining your own evidence you shall be able to change beliefs to ones that are more helpful to you. 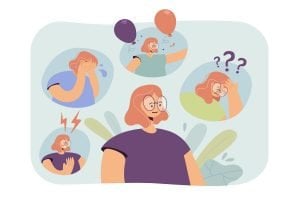 List of symptoms Anxiety disorders can result in some frightening symptoms. This page will explain what is happening in your body and why you are 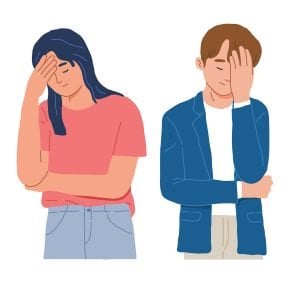 Panic attacks vs anxiety attacks; what is the difference?

Panic attacks and anxiety attacks are used interchangeably in popular writings on the internet. However, although they share some common symptoms, there are distinct clinical differences